What are the reasons for unilateral burr of automobile stamping parts:

1. Die assembly error. If the punch is not perpendicular to the fixed plate or is loose due to wear, or the positioning pin is loose, the correct fixed position of the punch and concave die cannot be guaranteed.

2. Poor guidance accuracy. The excessive fit clearance of die guide causes the non coincidence of the center lines of upper and lower dies, which affects the uniformity of stamping clearance.

3. Installation error. When installing the unguided die, the upper and lower die positions are not allowed, resulting in uneven clearance. The working part will be inclined if the surface of the formwork or base plate on the die is not clean, or the upper formwork screws are not tightened properly.

4. The die deforms during operation. For example, the material leakage hole of the punching mattress plate is too large, the formwork under the die is too thin, and the stiffness of the female die is not enough, which affects the gap due to die deformation in stamping.

6. When the greater resistance of the workpiece during stamping exceeds 80% of the nominal pressure of the punch, it is easy to deform the "C" shape bed for the open punch, so that the center lines of the upper and lower dies do not coincide.

7. The flatness of sheet metal is poor, and the punch with smaller diameter is inclined in the process of metal stamping.

8. Due to improper die material selection, forging and heat treatment process, the female die is deformed during heat treatment or WEDM, which affects the uniformity of die gap. 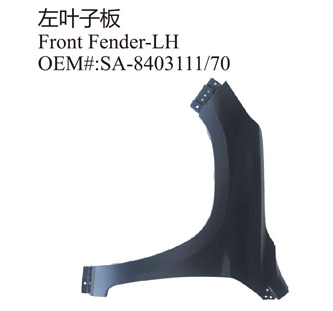 In the process of using stamping parts, there will be bad phenomena. What are the reasons for this bad phenomenon?

1. Sheet metal: the coil material is damaged or the edge is wrinkled, and the wrinkling occurs when the gap between the guide rollers on the uncoiling line or the guide rollers on the die is small, which is caused by the unbalanced feeding of coil material; Burr occurs at the lower part of the steel plate section. When the burr height is more than 0.2mm based on the section, the iron powder here will damage the die and produce convex and concave.

2. Inner quality of the die: the operator does not pay attention to the operation in the stamping process, and the parts move to the corner of the die or conveyor belt during feeding and discharging; Unreasonable height adjustment of conveyor belt; Unreasonable adjustment of automation equipment (stroke, speed, etc.). In stamping production, the common problem of surface is concave convex, which is mostly caused by dust or iron filings attached to the surface of materials or dies. It not only reduces the surface quality of parts, but also reduces the productivity.