The parts obtained by different production processes have their own characteristics, and each production mode also has its own advantages. Nowadays, people still have a large demand for the parts processed by stamping parts, because now many people will choose the stamping method to get the products they need. Then, for the characteristics of stamping parts processing, Many people don't know very well. What are the benefits of parts produced by this process?

First of all, the rigidity of the parts produced by automobile stamping parts is relatively good. When we produce parts, we use high-quality steel for production. The thickness of the steel is different. Through the required pressure, we use the punch of corresponding tonnage for stamping. The rigidity of the parts produced in this way is much stronger than that of other production processes, And in the whole stamping process, the internal structure of the parts is continuously improved, so the overall strength has been greatly improved. 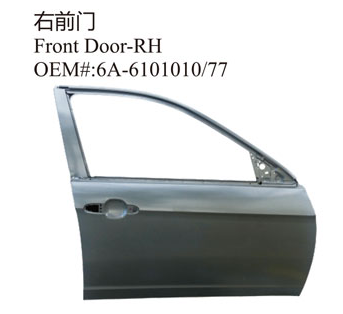 The description of slip line method shows that only stamping parts with relatively simple shape can establish the corresponding slip line field. The mathematical expression of slip line can be given from the solution of characteristic square only under very simple boundary conditions. In general, the approximate slip line field needs to be obtained by using the numerical integration of the characteristic equation and recursion point by point according to the given boundary conditions. This method is based on transforming the characteristic line differential equation into a finite difference relationship and using the characteristics of the slip line. Therefore, the slip line method is difficult to be popularized and applied in practical production because of its complex mathematical operation.

Geometric mapping method. They believe that the mapping from workpiece to blank can be realized according to some assumptions without considering boundary conditions such as deformation force, stress-strain relationship and boundary friction. Firstly, the wooden model is meshed, and the position coordinates of nodes are obtained by coordinate measuring instrument. Or the CAD model can be directly meshed in the computer. Assuming that the thickness of the workpiece is constant during the forming process and the area of the grid before and after deformation is constant, the three-dimensional space grid is mapped to the two-dimensional plane, so that the initial blank shape and the stress distribution of the workpiece can be deduced.