After the car body is damaged due to traffic accident and other reasons, the sheet metal parts of its shell will generally appear concave deformation. When the car body is slightly deformed, the general repair measures are to weld the concave parts of the car, pull the retractable ring device, pull the concave parts flat by traction, remove the welding materials, then heat the damaged parts to remove the fire, and then use manual hammering to remove the steam In this process, because the traction is carried out at many points, the protruding points are increased when pulling out, and repeated knocking is easy to cause repeated deformation from the local part of the car body. As a result, the sheet metal body will be damaged again, and the strength performance will be weakened, so even if the body can be repaired, its mechanical strength will be greatly reduced. At the same time, the use of this measure has many procedures and complicated operation. 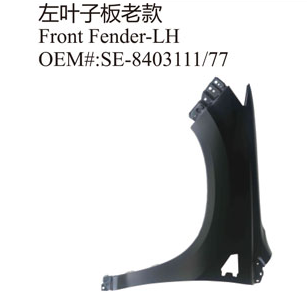 Pleating is a method to deal with tensile deformation. It does not cause metal shrinkage deformation by heating, but uses hammer and anvil to make some pleats at the tensile deformation position. During operation, the anvil is dislocated, and the part is pleated by gently tapping with a crane beak hammer. The crease will be slightly lower than other parts. After filling, use a file or gravel paper to grind this part to be even with other parts.

In general, the sheet metal parts in the high-strength steel plate area of the integral body must be replaced after they are damaged. It is absolutely not allowed to use heating method to straighten the high-strength steel plate. These sheet metal parts are damaged and must be removed and replaced. The bulge, dent and wrinkle on the metal surface can be eliminated by using various metal processing methods. However, some auto sheet metal parts are seriously damaged and cannot be repaired on the vehicle. They must be replaced with new parts and need to be removed from the body.

During the process of temperature rising, the hot spot is taken as the center, and the steel plate expands to the surrounding, resulting in compressive stress on the surrounding. When the temperature continues to rise, the local steel plate becomes red and soft, which relieves the pressure in the central area and makes the surrounding steel plate recover deformation. The red area is compressed and thickened, and the surrounding steel plate can deform freely and stretch to recover its shape. For the local heating point, spray water or apply wet cloth suddenly to make the heating part cool suddenly, the steel plate shrinks immediately, and the tensile load on the periphery is generated in the central part, which will strongly stretch the periphery to the center, and offset the compressive load generated in the deformation process, so as to restore the original shape.