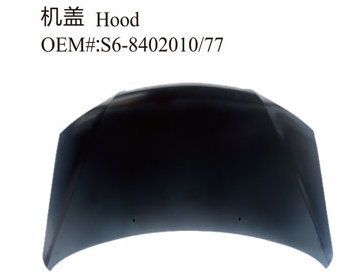 If the damage is light, the tearing part shall be repaired smoothly first, and then welding shall be carried out. If conditions permit, CO2 gas shielded welding shall be used. The welded joint shall be repaired flat, and then the ductility bulge shall be measured. If necessary, the concave convex damage repair method shall be used. In case of serious damage and "lack of meat", it should be considered to repair or replace new parts according to the degree and shape. If it needs to be mended, the "missing meat" should be cut into a simple geometry as far as possible, and then the size of the cavity should be measured, and the plate with the same material and thickness as the original should be used to fill. Generally, there is no more than 1 mm welded joint around the cutting edge. CO2 gas shielded welding is easy to use, which can reduce the deformation of the workpiece after welding, and has strong rust resistance.

In addition, due to the low hydrogen content, the welding wire has good crack resistance and high structural strength after welding.

The large curvature convex surface can be repaired by hammering or jacking. For smaller concave convex damage, pad the pad iron on the back of the lower part of the concave, knock it with a hammer, and change the position of the pad iron accordingly. When the convex part is basically flattened, the concave part will be mostly recovered due to the reaction of the pad iron. Then observe the overall smoothness of the board surface, and do some targeted minor finishing, so that the concave convex damage can be repaired.

The backing plate can be used to pad on the back of the concave part, and the jacking tool can be used to jack up directly. In order to reduce the jacking force, if necessary, the concave part can be heated to dark red. Springback should be considered in ejection, which can make it overcorrected. If there is a large ductility bulge on the surface, the metal at the extension can be properly contracted. If it is difficult to put the pad iron into the damaged part, drill holes in the concave part, with the number of holes as few as possible and the diameter as small as possible, then fold the iron wire into a hook shape, fasten it from the hole, and then apply external force to stretch it. When it meets the requirements, pull out the iron wire, weld the holes, and grind it flat.